Skip to content
For Kenny, every album he makes is, in one way or another, a dispatch to No Shoes Nation. Having spent the last two decades defining the sound of summer, coming of age, first experiences and letting go, it started by speaking life to music and evolved into an ongoing dialogue about where the people who’ve found their lives in his songs have found themselves along the way.
“I’d say it’s weird, the way people hear songs, and say, ‘That’s me!’,” Kenny confesses, “except I can’t tell you how many times I’ve said, ‘That’s me.’ When it started happening, I was honored... and as it went on, I started to realize how important music is in all of our lives. It’s a life raft, a coach cheering for you, a shoulder to cry on, a reason to take stock.
“When I’m listening to songs in the studio, actually putting a record together, I’m thinking about that. I’m thinking about Vibe Room conversations, people I meet moving around, the stories I’m told... the reasons people connect with the songs. I don’t take it lightly, even when the song is supposed to be fun.”
Here And Now follows the deeply personal, devastation-facing and -rebuilding Songs for the Saints. Marking his first full-on project for Warner Music Nashville, it was important to the CMA Album of the Year winner to reflect the world in which he lives. While no one could have imagined where we are today, the desire for people to be present and engaged that tempered Saints’ “Get Along” drives “Here And Now” with the same urgency to be in your life no matter where you are or what’s going on around you.
“It’s funny how you cut a song because you believe in what it says, or think it captures what No Shoes Nation teaches me every day,” marvels the only country artist on Billboard’s Top 10 Touring Acts of the Last 25 Years. “But then the world turns, and suddenly, it truly is right now. And when I looked at these songs, this dozen recorded over the last two or three years, they were Polaroids from the parking lots, back home, the islands, my friends’ lives. Every single one is someone I know, you know or may even be – and right now, our friends are absolutely the most precious thing we have.”
Moving from rocking to classic country, sea shanties to 808s, the dozen tracks on his May 1 release span the vast spectrum of styles Kenny has always embraced. With some songs rising from a couple songwriter get-togethers thrown by the young dreamer once signed to Acuff-Rose Music, which were meant to echo the way creativity was once sparked on Music Row, the origin of these songs comes from that desire to connect with friends.
Life-affirming, flaw-acknowledging, memory-embracing and easy-does-it-ing, Here And Now should put you right where you need to be to make the most of right where you find yourself. 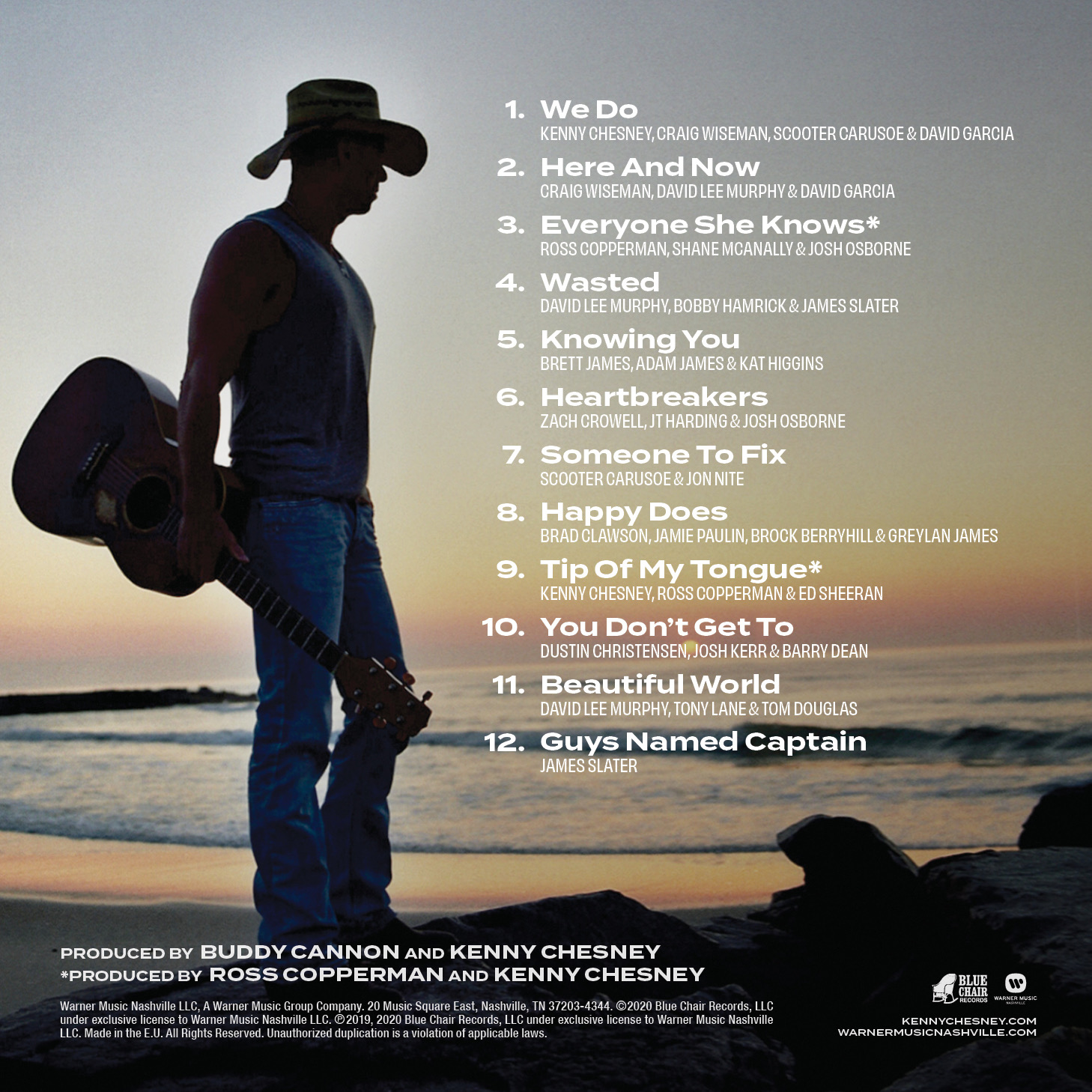